What we put in our body is what we become. Nourishment, with the right type and amount of food, is central to maintaining a balanced body and mind. Staying true to the natural ingredients being used, each meal we serve is thoughtfully prepared to enhance individual flavor, texture and aroma of the ingredients. We use fresh, seasonal and local produces, primarily sourced from our own Eco-Organic Farms or from other local organic farmers. Our meals complement the philosophy of the resort as it leads you gently towards an enriching lifestyle. Meals at the Dwarika’s are therefore an experience in its own. Celebrating the abundance that nature has bestowed upon us, the Nature’s Flavours Restaurant provides a range of culinary experiences from the Himalayan region and beyond. Using the ingredients that are sourced from our own organic farms, meals here are fresh, nutritious and full of native flavor. 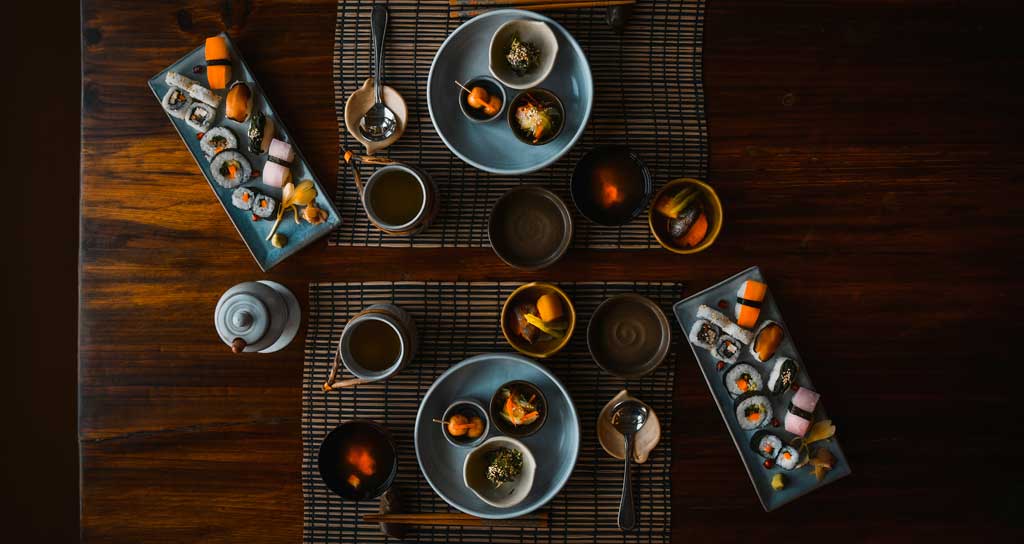 Based on the diet originally followed by monks in training, Mako’s Zen restaurant offers Japanese Zen Buddhist cuisine. Playing with the five tastes (hot, sour, sweet, bitter and salty) as they are combined with the five colors (red, white, black, green and yellow) and five ways of cooking (raw, boiling, roasting, steaming and frying), meals here satisfies one’s appetite in a disciplined and nutritious way. Offering creative vegetarian Japanese cuisine that is light on sodium and other flavorings, a meal at Mako’s Zen is a feast for the senses and easy on the body. Set beside the infinity pool, close to the top viewing point; the striking floor-to-ceiling glass paneled restaurant looks out onto the Himalayan mountain range. Offering a range of flavors from Nepal along with popular international cuisines, this is the restaurant to visit for a delightful treat.

Hindu mythology states that heaven is the place where the gods reside. Gol Lok is a perfect realm above and beyond heaven, where time stands still. Situated at the viewpoint and surrounded by glass walls with 360-degree view, it is the perfect place to take in the picturesque view of the Himalayas and valleys below with a cup or a glass of beverage of your choice while letting the material world roll away beneath you. It is especially alluring during the late afternoons and early evenings as the sunsets over the Himalayas and the lush green valleys below. Situated beneath the Nature’s Flavours Restaurant, the cozy Fusion Lounge and Bar is open throughout late afternoons and evenings for drinks and light snacks. Built with heavy stone, the lounge is cool in summer, while a roaring fireplace makes it a warm and inviting space during winter.

Perfect for farm lunches, our Farm Lounge and Deck brings forth an intimate atmosphere for our guests to learn about what goes in their meals. They are encouraged to walk around the farm within the resort to pick the produce of their choice. Our chefs then create great culinary delights that are pure, unadulterated, natural and authentic, using these produces. This allows our guests to enjoy the rustic life in the farm, showcasing the country way of living and increasing their appreciation for a simple life, while nurturing their mind and soul.

OUR OTHER OUTLETS WITHIN KATHMANDU VALLEY

The Kaiser Café offers a continental menu in an atmospheric setting that is to be treasured, and serves as a perfect venue for anything from a quiet coffee or intimate meal to large functions.

To spend an evening at Krishnarpan, the Nepali speciality restaurant at Dwarika's, is to take a culinary journey through the fascinating terrains and cuisines of Nepal. Serving the finest Nepali of Nepali flavours, Krishnarpan is a slow dining experience reminiscent of the ritual feasts enjoyed by the Kathmandu Valley's Newari community. 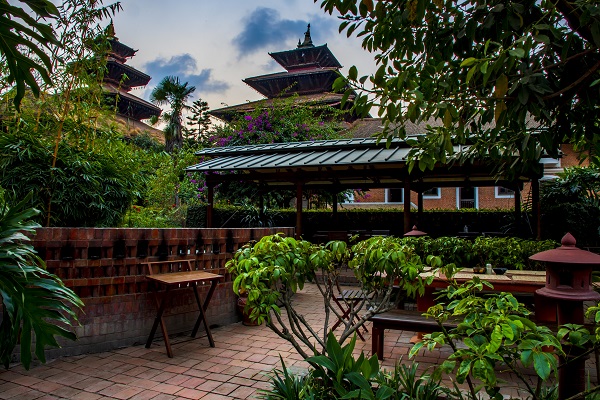